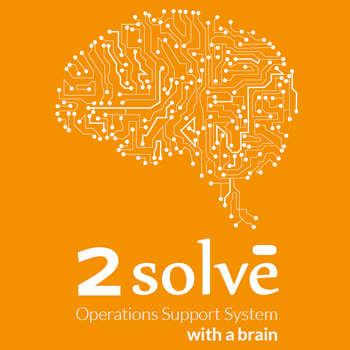 2solve, the leading network assurance solution using advanced algorithms for boosting productivity in network operations, will stay in front when it comes to support and automation of operational processes. 2solve is known among its users for simpler user interfaces with faster response times than traditional OSS tools in the market. With the new release, extremely low response times are guaranteed independently of how much the network is scaled. The purpose is to enable larger and more complex networks, as well as for automated analytics down to low-level components in network elements and individual mobile service subscribers.

“We are very proud of releasing this new 2solve version.“, said Christian Ingerslev Sørensen, CEO of 2operate. “It is crucial that we listen to current and potential customers to understand their needs and to constantly innovate our offerings. I believe that we are among the best in the market to evaluate the technological options, make the right choices to match demands, and then turn these into practical solutions.”

This press release in PDF (English)